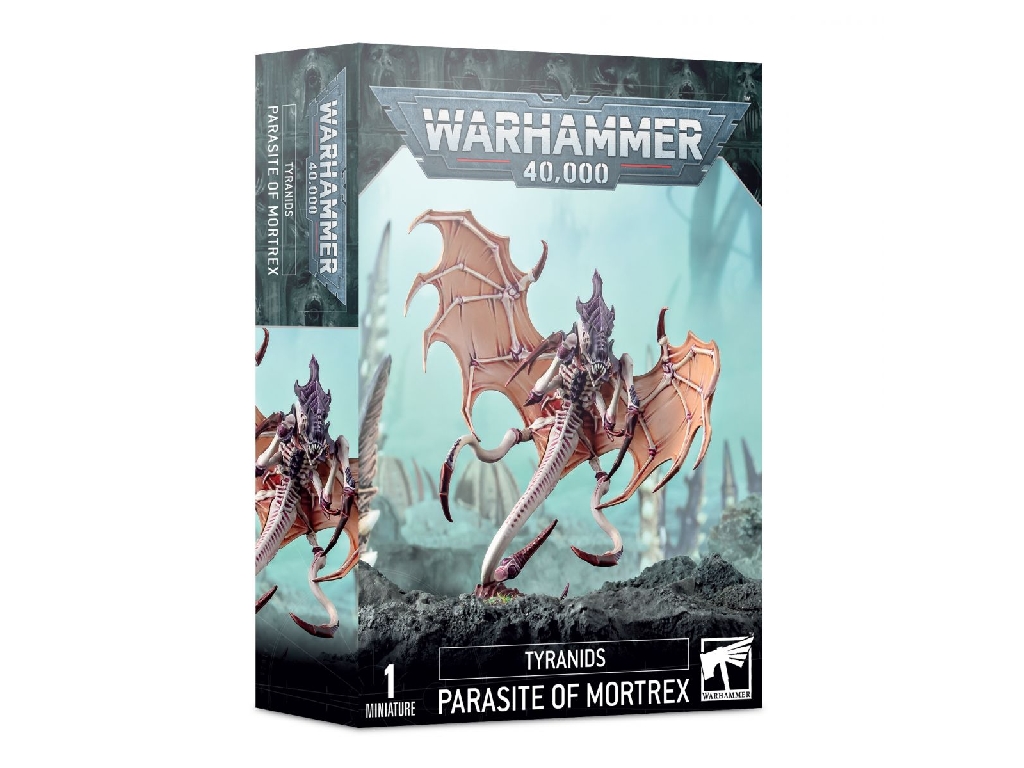 Swooping on leathery wings, Parasites of Mortrex use their barbed ovipositors to drive Ripper gestation pods deep into their victims’ bodies. These swiftly-growing creatures soon chew themselves free from their unfortunate hosts. Such was the fate of the defenders of Imperial planet of Mortrex, the world first cursed by the Parasites’ onslaught. Now they wreak havoc on the foes of the Hive Fleet by soaring over defences and seeding unlucky souls with nascent Rippers.

This kit bullds one Parasite of Mortrex. Armed with clawed limbs and a barbed ovipositor, this winged beast is a mobile incubation organism housing hundreds of Ripper pods. With a host of horrifying abilities, this unique biomorph adds disruptive tactical options to the already unpredictable tendrils of the Hive Fleet.

This set comprises 12 plastic components and is supplied with a Citadel 40mm Round Base. This miniature is supplied unpainted and requires assembly.