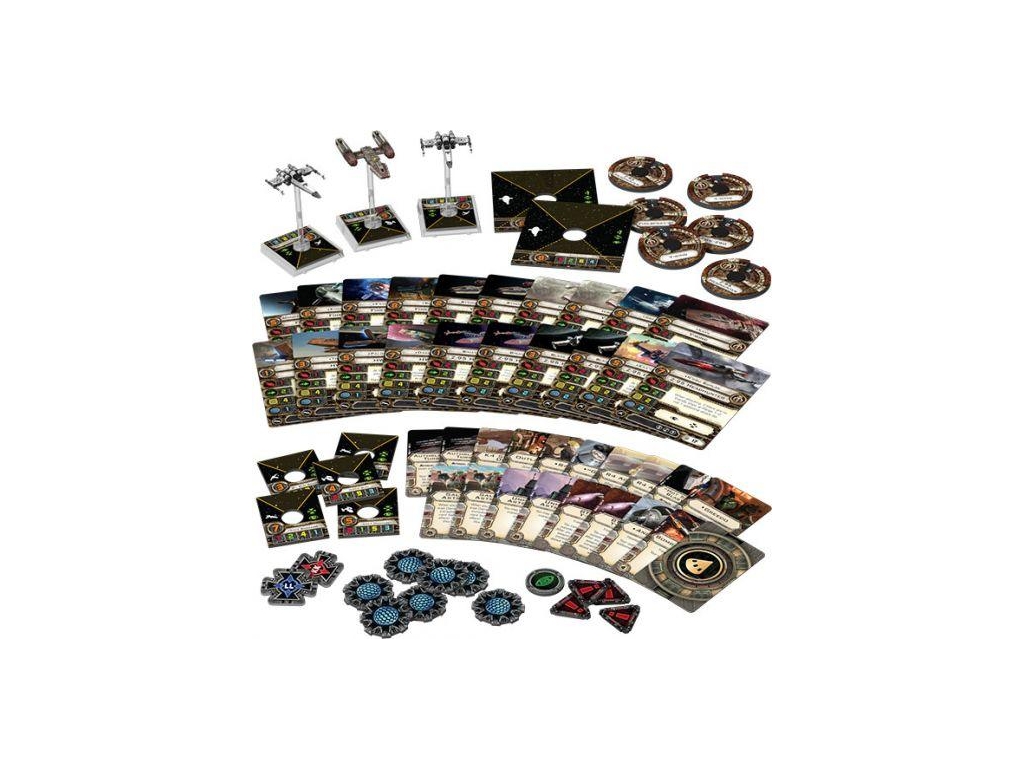 This Most Wanted pack is a great way to introduce the new faction into your game of Star Wars X-Wing miniatures. Not only does this set come with 3 ships, it also has new versions of some of the previous characters such as Boba Fett.

The Most Wanted set comes with; Ship cards, tokens, upgrades and manouver dials that allow you to adjust some of the existing ships for use in the new faction. There is support for the Firespray 31, HWK 290, Y-Wing and the Z95 Headhunter.

This pack is for the third faction that is to be released for the Star Wars X-Wing Miniatures game from Fantasy Flight Games; Scum and Villainy. This faction will be filled with the likes of Prince Xizor, Greedo, IG-88 and of course Boba Fett. The scum and villainy faction will have access to the new illicit upgrades.

Heroes of the Resistance Expansion Pack