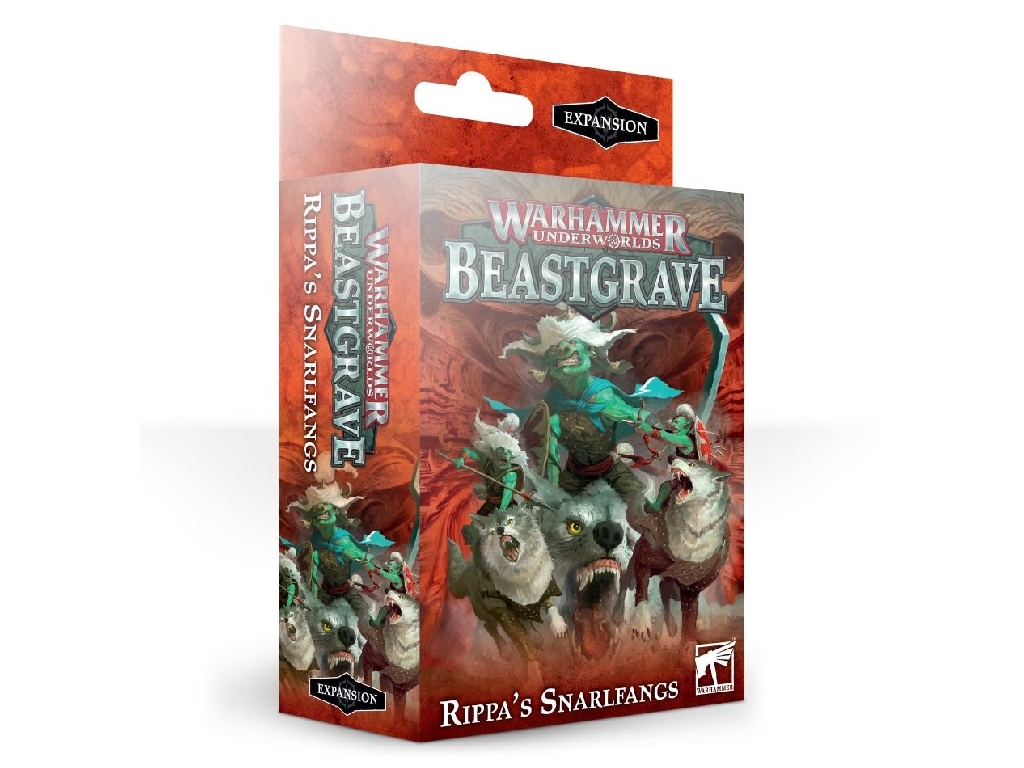 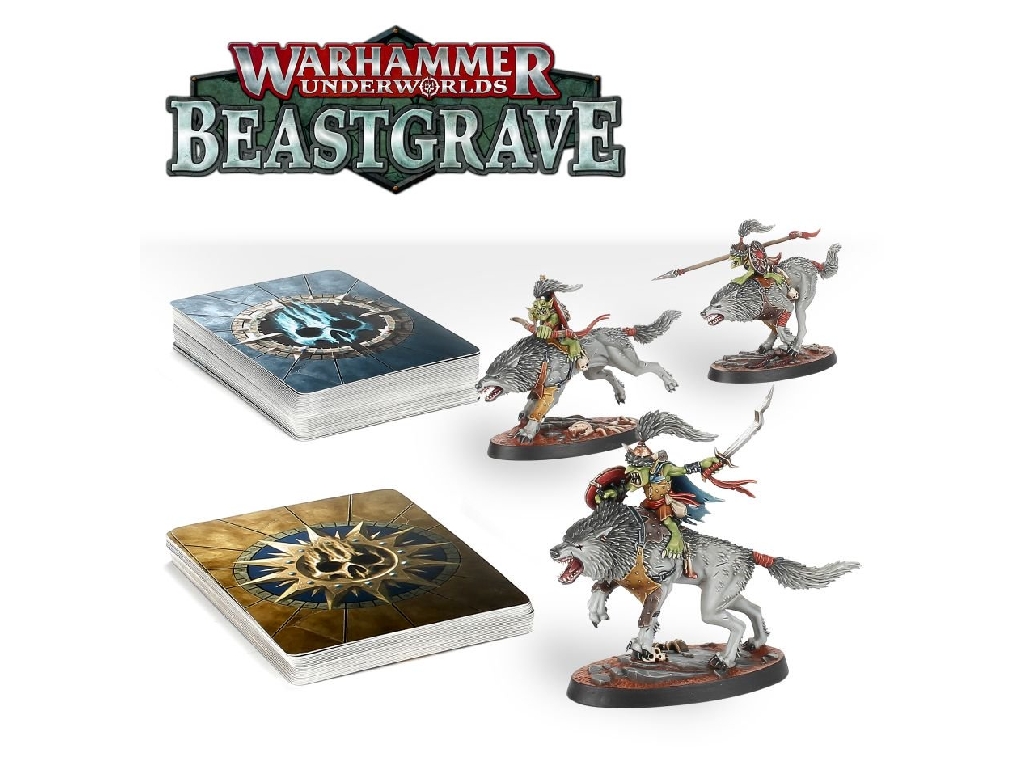 Rippa has led his grumbling and mutinous companions to Beastgrave in pursuit of the magnificently shiny choppa he sees every night in his dreams. With that blade in his hand, surely Rippa could ride back to his tribe and claim rulership over the headless corpses of all his old rivals.

This warband expansion set allows you to add Rippa's Snarlfangs to your games of Warhammer Underworlds. A set of push fit models in coloured plastic allows you to get your warband built and ready for gaming in mere minutes, while fighter cards let you keep track of them in game. You’ll be able to harness the unique tactics of Rippa's Snarlfangs with 32 warband specific cards, including objectives, upgrades and ploys. Meanwhile, 28 Universal cards give you new options for customising your deck, whichever warband you play.

Eyes of The Nine